a study on the word ~stand~ part 4

… At first when I contemplated this word I honestly could not get any inspiration of how this might pertain to ‘stand’. I checked Strong’s Concordance and Englishman’s and then grabbed the good old Webster’s and what I found brought tears to my eyes…

“To cause to come to a point, by moral influence; used of the mind, and implying previous remoteness, aversion, alienation or disagreement…”

Does this not sound like bringing someone who has erred from the Truth, someone who is alienated from God, back to the truth through moral influence or one’s stand for Christ?

And you, that were sometime alienated and enemies in your mind by wicked works, yet now hath he reconciled in the body of his flesh through death, to present you holy and unblameable and unreproveable in his sight: Colossians 1:21-22

Let me go on out of Webster’s…”to bring the mind to assent to a proposition; or to bring a man to terms, by persuasion or argument. In this sense, it is nearly equivalent to persuade, prevail upon, or induce.“

Is this not our calling to bring people to the knowledge of the truth?

For this is good and acceptable in the sight of God our Saviour; Who will have all men to be saved, and to come unto the knowledge of the truth. 1 Timothy 2:3-4

This is where a heart chord struck within me…what does the scripture say about the prodigal when he was destitute and wanting to eat the husks of the swine? 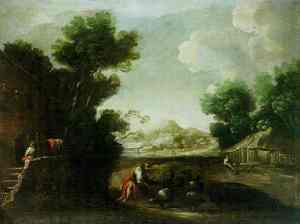 And he would fain have filled his belly with the husks that the swine did eat: and no man gave unto him. And when he came to himself, he said, How many hired servants of my father’s have bread enough and to spare, and I perish with hunger! I will arise and go to my father, and will say unto him, Father, I have sinned against heaven, and before thee, And am no more worthy to be called thy son: make me as one of thy hired servants. Luke 15:16-19

And when he came to himself... is this not the same as to bring to the mind anything before and forgotten… and reflection brings a man to his senses…?

So, my conclusion … STAND means bringing people to the knowledge of the truth, or bringing them to remembrance of what they knew before and bringing them back to the Truth.

How wonderful is that!

← Multitude Monday
a study on the word ~stand~ part 5 →