No Man Can Serve Two Masters

“No man can serve two masters: for either he will hate the one, and love the other; or else he will hold to the one, and despise the other. Ye cannot serve God and mammon.” Matthew 6:24 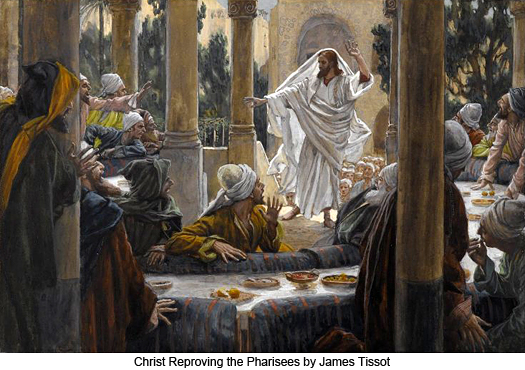 This is what Jesus said and it is recorded by Matthew in the Bible.  Have we been so deceived that we think we are serving God when really we are serving the state?  Mark Ludwig sums it up very well in his book True Christian Government…here in a nutshell he shows how we have been deceived…

Slavery and the State

When the Israelites asked Samuel for a king, he warned them of what that king would do. The essence of his warning can be summed up in one word: slavery. “And ye shall be [the king’s] servants” (1 Samuel 8:17). Samuel described this slavery in terms of: (1) the taking of one’s children, (2) the confiscation of one’s property, and (3) taking the fruit of one’s labors. After all, if your children, your property and your labors are not yours, then you are a slave. The modern state makes men slaves in exactly the same way:

1) Children are routinely conscripted for military service in times of war. More importantly, most children are conscripted into the public school system where they are systematically indoctrinated to serve the purposes of the state throughout their lives. This is nothing new. Back in the cold war era, and the age of Sputnik, children were taught patriotism and that science and technology were the answers for mankind. Now they’re taught homosexual tolerance, globalism and environmentalism. Yet the reasons are the same: to serve the purposes of their masters. They do serve those masters throughout their lives, too, with remarkable faithfulness.

2) Property seizures in the modern world have reached epidemic proportions, as the state routinely seizes private property for a myriad of reasons, many of which are little more than concocted excuses to loot. Indeed, in most countries today, a private person can no longer hold allodial, or absolute title to land. A modern title is a conditional grant to use land subject to the laws of the state, and payment of annual rent, called “property tax”. If the rent is not paid, the land is confiscated. Likewise, the state can arbitrarily take the land and give it to another, should its judges give claim to it to another in a civil suit. This is nothing better than a feudal system of slavery cloaked behind nice sounding words.

Again, in presuming to license or regulate a man’s possessions, the state effectively claims to own them. If the state can license automobiles or guns, then it can revoke the license and confiscate the property at will. If it can forbid ownership of certain chemicals or mechanical devices, it can in principle forbid the ownership of anything. If it can forbid the use of a home that is not up to the building code, it can deny a family its most basic necessities and force them into debt-slavery or tenancy in order to keep its laws. In short, if the state licenses or forbids even a single possession, it has claimed ownership of all of one’s possessions. Everything a man owns, he owns either by permission of the state or in opposition to it.

3) Finally, taxation in the modern state is legendary. Most people today pay in excess of half their incomes to the state in the form of taxes. Often these taxes are hidden so that people don’t see them and don’t complain about them too much. When the average person hears a statistic like “half their income” they look at their last tax return and see a figure more like 20%. They think they’re not doing so badly, and never see the other 30%. Their slavery is conveniently hidden so that they think they’re really pretty free.

The modern state does not stop there when it comes to enslaving its citizens. It makes slaves of them with myriads of paperwork that is required for virtually any kind of economic activity, ranging from tax reporting, reporting to environmental agencies, and county building permit requirements. Such burdens force men to spend countless hours working for the government, or hiring others to do it for them with money they worked for.

More pernicious is the modern penal system. Virtually every crime in the modern state is punishable by either a fine paid to the state, or incarceration by the state. A fine involves taking money- the fruit of prior labors – and as such constitutes ex post facto slavery. Prison is most obviously a form of direct slavery to the state.

Slavery is not just pandemic in the modern state. The truth is modern representative governments are based on slavery. The modern citizen thinks he is free to elect his representatives, and in so doing, has earned the freedom to be “self governing”.  The truth is, he is only free to choose the men who will be his masters.

The laws of God which pertain to community government are few. You have in your hands a law-book that not only enumerates them, but discusses each law in detail. That book is a couple hundred pages long. In the modern state, the laws could not even be enumerated in a couple hundred large books, much less explained in any kind of detail. To these myriad laws and commands of man, the modern citizen is bound. He must know these laws, as they apply to him, as if they were written on his heart. He must obey them all, or suffer the wrath of his masters’ law enforcement officers and courts.

A free man is free to serve God and obey His laws, and otherwise live as he believes appropriate. He is free to keep his possessions, and direct his family. In particular, a free man does not have a myriad of man’s commands to obey. Man’s commands always infringe on God’s law because God commands that His law not be changed. They always lead man into slavery because, by changing God’s law, they teach men to serve another master – the state – and to sin by preferring the state’s law to God’s. And sin leads to slavery…always (John 8:34).

As such, to vote in a modern representative state is not an act of self-government. It is giving oneself into slavery. It is choosing one’s master – who will speak the commands that must be obeyed. Even if one’s candidate of choice does not win, the broader covenant of such a state binds the voter to abide by the majority’s decision, and accept the master that is chosen by all the people, and to receive his commands as law. Only when that master is removed from office -if that is possible- and when his commands are reversed or annulled by new masters does obedience to him cease.

The big question these days is who to vote for…I hope this article was helpful if you are questioning who or whether you should even vote. And I hope it was helpful in helping you to determine who you are serving …God or mammon.

If you want to go Deeper Still read this  – So, is it Okay to Vote for the Devil?

A recent investigative report shows that  Romney helped navigate Monsanto out of their decline back in the 70s and 80s and this transaction is the event that made his fortune. .. Read more about it at Natural News

If you don’t know this yet, Monsanto is one of,  if not THE, most evil corporation in existence. It is destroying human lives and our crops and our planet… Monsanto has become so powerful and  has so much money that  it can buy anyone off, and I’m sure the man who wins this election will be their choice.

Obama has appointed Monsanto’s vice-president Michael Taylor, a former attorney for the US Department of Agriculture and lobbyist for Monsanto, to a federal role as the deputy commissioner for foods at the United States Food and Drug Administration (FDA) ~True Health is True Wealth

As one man voiced  on a forum…

Don’t you people see now how they play you.. How there are No good candidates out of the two? Gone is the lesser of two evils – they are both Evil equally, Romney and Obama. A vote for either one of them is a Vote for Death for yourself, your children and the human race….If you Must vote, write in Ron Paul. He’s the only one who gives us any hope to combat these evils from within.

This is important, people …”And I heard another voice from heaven, saying, Come out of her, my people, that ye be not partakers of her sins, and that ye receive not of her plagues.” Revelation 18:4

Perhaps it is time to Come Out…to take a STAND…to say I DO NOT CONSENT!

“My son, if sinners entice thee, consent thou not.” Proverbs 1:10 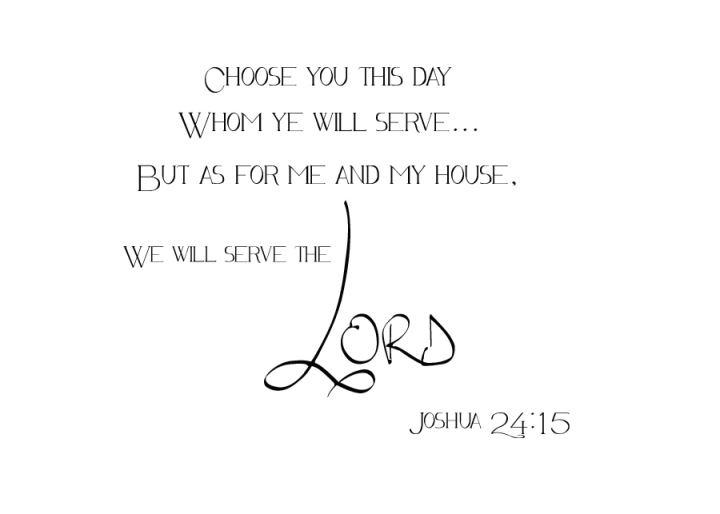 “And if it seem evil unto you to serve the LORD, choose you this day whom you will serve; whether the gods which your fathers served that were on the other side of the River, or the gods of the Amorites, in whose land you dwell: but as for me and my house, we will serve the LORD.” Joshua 24:15

No man can serve two masters…who will you serve?

5 thoughts on “No Man Can Serve Two Masters”